Home »Reviews»10 Most Expensive Vodkas in the World

Whether enjoyed in martinis, gimlets, Gibsons, or savored straight up or on the rocks, vodka is historically associated with elegance and style. If you’re like most vodka aficionados, you’re very aware of the difference quality makes no matter how you choose to relish your favorite vodka cocktail, and naturally, you try to purchase the best you can afford. Vodka prices can go insanely high, however, because it’s one of the preferred beverages of the wealthy and privileged. Following is a list of 10 of the world’s most expensive vodkas.

With a price tag of $3.750,000, Billionaire Vodka is currently the most expensive vodka on the planet. This vodka is filtered three times to create optimal opulence and smoothness — the first time through ice, the second through Nordic birch charcoal and finally filtered through a fine sand made from diamonds and other precious gemstones. The crystal bottle holding the vodka is covered with diamonds and features a solid gold label and neckband. 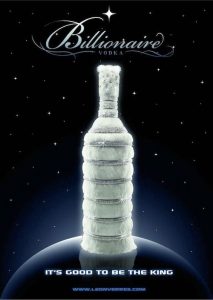 Formerly the most expensive vodka in the world before being surpassed by the Billionaire brand, Ross-Baltique currently retails at $1.3 million. It was designed to replicate the design characteristics of Russ-Balt automobiles. It’s gold cap is topped by a replication of a Russian Imperial Eagle fashioned from diamonds. Ross-Blatique vodka was created with wealthy liquor enthusiasts, including Russian royalty and business moguls, in mind. 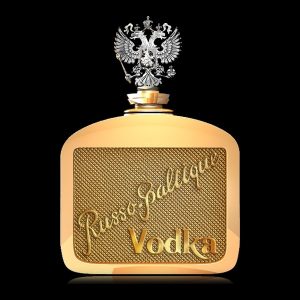 Diva Premium Vodka is produced from pure spring water and, like its slightly more expensive counterpart, Billionaire Vodka, it’s filtered through ice, birch charcoal, and sand made from crushed diamonds. Retailing for a cool one million dollars per bottle. With the center made from precious stones, the bottle works as a decorative item in its own right as well as a classy souvenir of a wonderful time. The original version produced by Dartz’s Russo-Baltique vodka brand, Russo-Baltique Vodka comes in fourth on the list of the world’s greatest and most expensive vodkas. It’s currently priced at $802,568. 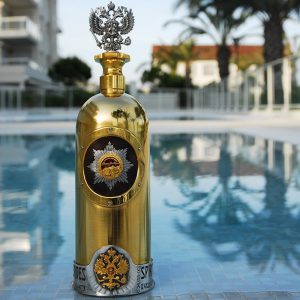 Six hundred years of tradition combine with pure water from artisan wells to craft this world renowned luxury vodka from Belvedere. Introduced at the Cannes Film Festival, this limited edition sells for $7240, which is quite a drop from the three listed previously. Although it doesn’t come enclosed in a diamond encrusted bottle with gold labels, the award-winning bottle designed by Jean-Roch features an appealing teddy bear and is well worth keeping as a memento long after the contents have been enjoyed. 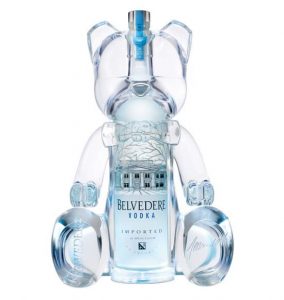 Produced in Vienna using a patented process using premium ingredients that are free of impurities of any kind, Oval Swarovski Crustal Vodka sells for $6922. this limited edition collection comes in a specially designed bottle studded with over 7,000 Swarovski crystals. The contents feature an incomparably mild and pure flavor palette. This vodka is served only in certain exclusive nightclubs in London such as The Embassy, Tramp, Maddox, and Dolce. 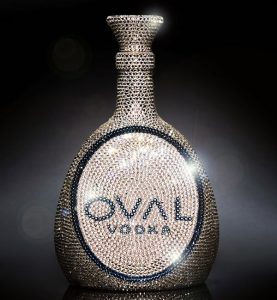 Created for the purpose of celebrating the centuries-long history of alcohol in our culture, Iordanov Vodka is made only from water collected in a remote area of Northern Europe. More than 14,000 Swarovski crystals embellish the bottle, providing a visual appeal that’s worthy of its contents. This vodka sells for $4353.

Limited to just 300 bottles at $3000 each, Stoli Elit Himalayan Edition is, as its name implies, crafted from water sourced from underground springs located high in the Himalayan Mountains. The water is also infused with Russian wheat for an extra nuance of flavor. 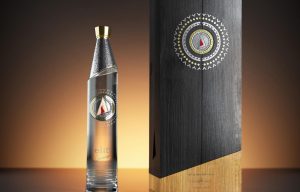 Produced by the venerable Russian Standard Vodka, Imperial Collection Super Premium Vodka comes wrapped in a Faberge egg with a gilded cap topped off by a golden eagle. Priced at $2400, this bottle makes a beautiful decoration for the home or office after the contents have been emptied. 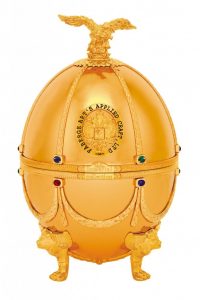 The limited edition Swarovski Studded Alize Vodka was created as a special run in honor of Valentine’s Day. Pink crystals adorn the exterior of the bottle while the contents include a delectable mixture of premium French vodka, passion fruit, strawberry, and rose. 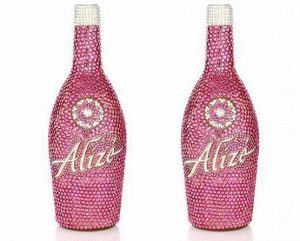 Fortunately, the average consumer doesn’t have to spend millions or even thousands of dollars to enjoy a well-crafted vodka cocktail. Plenty of lower priced vodkas exist even if they aren’t triple-processed through diamond dust or crusted with jewels, crystals, and gold.

Scroll Up
We use cookies on our website to give you the most relevant experience by remembering your preferences and repeat visits. By clicking “Accept”, you consent to the use of ALL the cookies.
Do not sell my personal information.
Cookie SettingsAccept
Manage consent

This website uses cookies to improve your experience while you navigate through the website. Out of these, the cookies that are categorized as necessary are stored on your browser as they are essential for the working of basic functionalities of the website. We also use third-party cookies that help us analyze and understand how you use this website. These cookies will be stored in your browser only with your consent. You also have the option to opt-out of these cookies. But opting out of some of these cookies may affect your browsing experience.
Necessary Always Enabled
Necessary cookies are absolutely essential for the website to function properly. These cookies ensure basic functionalities and security features of the website, anonymously.
Functional
Functional cookies help to perform certain functionalities like sharing the content of the website on social media platforms, collect feedbacks, and other third-party features.
Performance
Performance cookies are used to understand and analyze the key performance indexes of the website which helps in delivering a better user experience for the visitors.
Analytics
Analytical cookies are used to understand how visitors interact with the website. These cookies help provide information on metrics the number of visitors, bounce rate, traffic source, etc.
Advertisement
Advertisement cookies are used to provide visitors with relevant ads and marketing campaigns. These cookies track visitors across websites and collect information to provide customized ads.
Others
Other uncategorized cookies are those that are being analyzed and have not been classified into a category as yet.
SAVE & ACCEPT